WHY SEE A SOLICITOR?

Competent Legal advice is always recommended in order for a person to understand their legal rights and obligations and to work their way through the relevant law and court procedures which are constantly changing as evidenced by the many amendments to the Family Law Act and the court’s rules since the Family Law Act was passed in 1975.
If your relationship is breaking down or has broken down it is important to obtain professional assistance because decisions made at the time of separation can have significant impact later on and so advice should be sought at he earliest opportunity.
Legal advice helps  people going through separation by enabling them to know and understand their legal rights and what to expect as a consequence of the seperation. Knowledge can also assist to minimise and manage conflict. 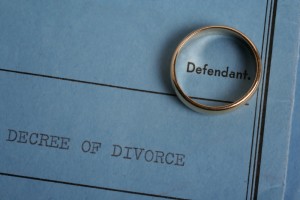 The only ground for divorce is irretrievable breakdown of the marriage. To obtain a divorce you and your spouse must have lived separately for at least one year.
You can live separately and apart in the same house, but to do this you would need to consult a solicitor.

The changes in the law affecting defacto couples affect property division, maintenance, financial agreements and the superannuation of people in defacto relationships.

All de facto couples now have the same rights as married couples under the family Law Act in relation to the distribution of property. There have also been changes to the Child Support (Assessment )Act which affect how child support applies to same –sex couples.

Who do the new laws apply to ?

You can make an application for a “defacto property settlement” under the new family law Act provisions if any one or more of the following conditions apply:

The sex of the partners is not a  relevant consideration. The new laws state specifically that a de facto relationship can exist between two people of the same sex, or of the opposite sex.

The new law also states that a defacto relationship can exist even if one of the partners is legally married to another person at the time.

When did the new laws start?

The new laws apply to de facto relationships that broke down on or after the 1st March 2009. 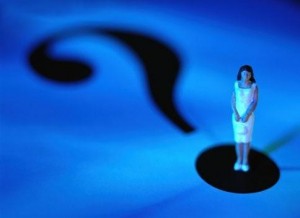 However, if your relationship has broken down before this date , you can apply to the court for a property order if you and your ex-partner agree to have the new laws apply. That agreement must be in writing and must be signed by both parties. You both need to obtain independent legal advice. You will both need a signed statement from your lawyer that he advice has been given. As an alternative, you may be able to seek a property settlement through the State Courts.

When can I apply?

You must apply to the Family Court in relation to property and maintenance issues within 2 years of your relationship ending. Applications in relation to children can be made at any time.

How will the courts decide how our property should be divided?

The Family Court will consider the following factors:

Direct Financial Contributions (for example wages.or payments for properties or improvements to properties)

Non –Financial contributions (i.e. do-it –yourself renovations and contributions to the welfare of the family, like caring for children or domestic tasks)

Your future needs, including considerations such as who will have the care of any children, your relative earning capacities, and any financial resources available to either of you.

You and your partner can register your agreement with the Family Court in the form of Consent Orders. You cannot change your mind at a later date and ask for more assets. Consent Orders usually mean that you are exempted from paying stamp duty if any properties are sold or transferred.

If you wish to make consent orders / a binding financial agreement you will need to speak to your lawyer about this. 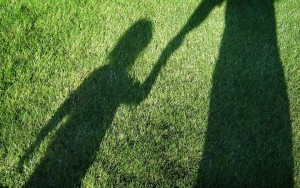 De facto couples are now able to claim maintenance for their financial support. If you make a maintenance application, the court will consider the relative financial position of each of the partners , and will make an order for maintenance if:

If a maintenance order is made it will usually last for a limited period of time.

Before the amendments same-sex parents could obtain parenting orders if they could demonstrate that they were a person concerned with the care, welfare or development of the child. They can now apply to the court for parenting orders in their own right as a parent.

Since the passing of the Family Law Act  in 1975, various terms have been used to describe the orders that a court can make about children. The original terminology of “guardianship”, “custody” and “access” was replaced in 1995 by “parental responsibility, ” “residence” and “contact.” Amendments to the Act in 2006 introduced orders as to which parent a child will live with , what time the child will spend with the other parent and how the child will communicate with a parent. These changes in terminology were intended to do away with the concept of “ownership” of children and to concentrate the minds of the parties on what arrangements best suited the needs of their children.

There is now a presumption that parents should have “equal shared parental responsibility” for their children. This is not about time spent with each parent but is about the decision making responsibility of parents, the intent being that parents should consult with each other and together make decisions about important issues affecting their children. In some cases the presumption of equal  shared parental responsibility does not apply or can be rebutted based on evidence.

If there is an order for equal shared parental responsibility, then the court must consider whether it is in the interests of the children to spend equal time with their parents and if not whether they should spend substantial and significant time with the parent that they do not primarily reside with. As a consequence of these amendments, and also as a consequence of societal change, it is now often the case that children of separated parents will spend substantial time with each of their parents.

Where parents cannot agree on a particular issue, then the court can decide ,but only after the parents have tried to resolve their differences through family dispute resolution.

Ultimately a court must make the decision that is in the best interests of the child, as the Family Law Act says that this is the paramount consideration.

In determining what is in the best interests of the child the court must consider a range of factors which are set out in the Family Law Act. Commonly a court will be assisted in reaching its decision by a report from a family consultant or other expert such as a psychologist or psychiatrist.

One of the primary considerations for a court in deciding a case involving children is the need to protect the child from physical or psychological harm from being subjected to or exposed to, abuse, neglect or family violence. The court must also  take into account any family violence that has occurred, and any family violence order that applies to the child or a member of the child’s family.

The Family Law Act provides that any application for property settlement must be commenced no later than 12 months after the parties’ divorce becomes final.otherwise leave of the court is required to follow a four step process as follows:

1 Firstly, the court must identify and value all the property and financial resources of both parties as at the date of the hearing.

4. Fourthly, the court must consider the result reached after stages one, two and three, and determine whether that result is just and equitable in the circumstances.

Judges dealing with applications for property settlement have a wide discretion, particularly in the assessment of contributions and future needs, and it is not possible to advise with certainty what the outcome will be. However, we will give our clients a reasonable range of likely outcomes so that in the course of negotiations they can decide whether settlement proposals are reasonable.

Prior to the enactment of the Family Law Legislation Amendment (Superannuation) Act , 2001, superannuation entitlements were not considered to be “ property” , but rather a “Financial Resource” .

In summary, there are now three ways in which superannuation may be dealt with:

Amendments to the Family Law Act which commenced in December 2000 enable parties to enter into binding financial agreements before they marry, during their marriage and after they divorce. These agreements, provided they comply with the formal requirements of the legislation, exclude the jurisdiction of the court to make property orders and /or spouse maintenance orders, to the extent that these issues are dealt with in the agreement.

Binding financial agreements do not need the approval of a court, but each party needs to have independent legal advice about the agreement and a certificate needs to be signed by the legal practitioner who gives that advice.

In cases where an injunction has been made for the personal  protection of a person, a police officer may arrest without warrant a person whom the officer reasonably believes has breached the injunction.